There were more than 20,000 languages in existence around the year 10,000 BC – of which about 6,500 have survived to the present day. Exact figures are not available because, on the one hand, many languages are spoken in statistically less documented areas and, on the other hand, languages die out every year because people who speak these languages have no descendants, or the latter grow up using a different language.

But why does TTS not offer languages such as Limburgish or Aromunian?
For the majority of the world’s languages, it is often difficult to find qualified translators, and there is also little demand. The latter applies because the market is too small for our customers, or the target group also understands other languages such as the official language of the country. Here, different standards apply to literature as to specialist and technical translations. Operating instructions and maintenance manuals are not usually translated into 67 languages like the Harry Potter novels. What a pity…

Find out more about languages!
Ask for our flyer "The limits of language diversity" 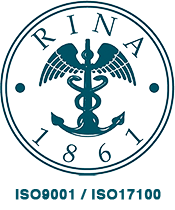